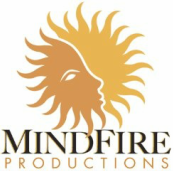 The film was screened at Cinemapolis, in Ithaca, New York, on December 6, 2015 at 4 PM.
http://www.cinemapolis.org/?page=comingup&mID=1581
The theater donated part of the proceeds to the Cancer Resource Center of the
Finger Lakes.
https://8137.formovietickets.com/T.ASP?WCI=BT&Page=PickTickets&SHOWID=15777

Also, the film in a one-hour version will be distributed by Scorpion TV, an international distributor, in London.

Please go to the Contact page to request a private viewing.  The film is also available for screenings at business meetings, support groups, advocacy gatherings, and other special occasions.